Alcohol and your Summer Body Goals, Can you have both?

With Christmas festivities around the corner, it’s time to talk about alcohol and weight loss and can you have both?

Alcohol affects your body in negative ways. Drinking may help induce sleep, but the sleep you get isn’t very deep. As a result, you get less rest, which can trigger you to eat more calories the next day. Alcohol can also increase the amount of acid that your stomach produces, causing your stomach lining to become inflamed. Over time, excessive alcohol use can lead to serious health problems, including stomach ulcers, liver disease, and heart troubles.

Alcohol also lowers your inhibitions, which is detrimental to your diet plans. Alcohol actually stimulates your appetite. While you might be full from a comparable amount of calories from food, several drinks might not fill you up. On top of that, research shows that if you drink before or during a meal, both your inhibitions and willpower are reduced. In this state, you are more likely to overeat—especially greasy or fried foods—which can add to your waistline. To avoid this, wait to order that drink until you’re done with your meal.

Many foods that accompany drinking (peanuts, pretzels, chips) are salty, which can make you thirsty, encouraging you to drink even more. So a great tip to avoid over drinking, is to sip on a glass of water in between each alcoholic beverage.

Now, skipping a meal to save your calories for drinks later is also a bad idea. Many drinkers know they’ll be having some alcohol later, whether going to a bar, party, or just kicking back at home. Knowing that drinking entails extra calories, it may be tempting to “bank” some calories by skipping a meal or two. This is a bad move. If you come to the bar hungry, you are even more likely to munch on the snacks, and as you all know, drinking on an empty stomach enhances the negative effects of alcohol. Now my tip for this is, if you’re planning on drinking later, eat a healthy meal first. You’ll feel fuller, which will stop you from over drinking. If you are worried about a looming night out with friends, I suggest you include an extra 30 minutes of exercise to balance your calories—instead of skipping a meal.

Ok, so I was asked a question from a client this week and that was..What are more important, calories or carbs? You might think that drinking liquor is more diet-friendly because it has no carbohydrates, while both wine and beer do contain carbs. But dieters need to watch calories, and liquor only has a few calories less than beer or wine. Plus, it is often mixed with other drinks, adding even more empty calories. Hard liquor contains around 100 calories per shot, so adding a mixer increases calories even more. If you are going to mix liquor with anything, opt for a diet or club soda, instead of fruit juice or regular soda. Sweeter drinks, whether liquor or wine, tend to have more sugar, and therefore more calories. In that respect, dry wines usually have fewer calories than sweet wines.

All in all, alcohol definitely has a negative impact on exercise and fitness, and makes it harder to lose weight. However, not drinking at all is about as appealing to most of us as never having chocolate ever again. The key is to indulge wisely and in moderation, just like with any unhealthy or high-calorie food. Keep in mind that women are more sensitive to alcohol and its effects than men, both due to size and hormones. It’s recommended that women have no more than one drink per day, men no more than two. And no, you can’t simply save up drinks from the week and have them all at once!

END_OF_DOCUMENT_TOKEN_TO_BE_REPLACED 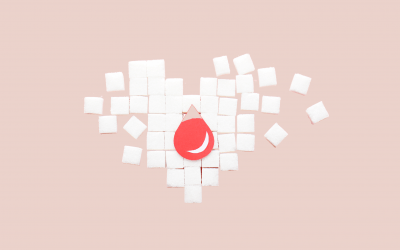 END_OF_DOCUMENT_TOKEN_TO_BE_REPLACED

This Breakfast Smoothie is a favourite of mine and packed full of all the anti-ageing ingredients to set your day up...