Slave to the Scale!

If there’s one thing that causes more unnecessary panic and stress with clients (esp those on the Zone 21 Challenge) it’s the damn on scale.

Women literally FREAKING OUT because the scale reads more today than it did yesterday.

So today, I’m here to help you with some facts and a bit of advice.

That’s NORMAL.  If you weigh yourself every day, you’re going to see fluctuations in weight throughout the week (mainly due to daily water fluctuations and hormones).  That’s to be expected especially if you’re a woman!

NEVER weigh yourself more than once a week.  Anything more than that and you’re just screwing with your head.  The scale will inevitably jump around and instead of staying focused on your SHRED Plan and your Goals, your thoughts become consumed with a number that is unreliable on a daily basis.

So when should you weigh yourself?

The key is to keep things as consistent as possible throughout the measuring process:

For example, I recommend jumping on the scale first thing in the morning before eating or drinking anything, on the same scale each week, naked.  Taking measurements in this way also gives you a pretty good idea of the type of results you were able to achieve from the previous week.

So, if you’re someone who steps on the scale daily, or even worse sporadically throughout the week at different times of day, do yourself a favour and STOP!.  Move to once-a-week progress measurements for a much more reliable, stress-free indicator of progress.

NB: Those on our Zone 21 Challenge get weighed only on day 1 and day 21. WHY? To keep them focused and on track for the entire 3 weeks. Taking measurements half way on such a short program could turn into a negative setback for some if they don’t see dramatic changes on the scales. 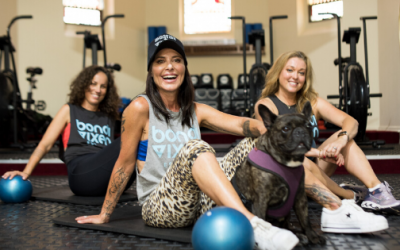 You Can Balance Your Hormones with Strength Training

When it comes to working out, more is more, right? Actually, wrong. Too much exercise can wreak havoc on your...

END_OF_DOCUMENT_TOKEN_TO_BE_REPLACED

CALLING ALL LADY BOSSES! Saturday 30th June we will be hosting the first of what we are hoping to be a monthly event....

END_OF_DOCUMENT_TOKEN_TO_BE_REPLACED

How to Succeed in your Fitness Goals for 2018!

Fitness is a beautiful thing that can change every aspect of your life in a positive way, but most never take the time...